Introduction
From the almost endless right-hand point-break at it’s southern corner to the jutting headland at it’s north, Killick Beach beach is a glorious stretch of sand that’ll often serve up punchy beach barrels, consistent catches of whiting and flathead and, in season, can be a great spot to watch whales make their way leisurely past. All up, the beach stretches 14.5km, although the southern three kilometres is reserved for walkers, sand-castle builders and learn to surf groups traipsing up the beach, foam boards dragged behind them. Despite the fact the popular surfing town of Crescent Head is to the south, it’s rarely busy on the beach, traffic usually restricted to campers taking the scenic route up or down the coast or the occasional fisho looking for a gutter.

Driving conditions
The southern entry to Killick Beach is from Richardson’s Crossing, a small carpark and picnic area about five minutes north of Crescent Head. The dirt road in is actually the roughest, most frustrating part of the experience as it’s often potholed and slow going, even though it’s completely two-wheel drive accessible. There’s room to air-down just before heading onto the beach.

Once you drive into the beach you can only head north from here, following the sand for about 11km to Hat Head and one of the best campsites in the area. The entry track is well used, but rarely rutted and not overly steep, soft or difficult, so definately shouldn’t be any trouble on the way down and momentum should get you back up easily enough. 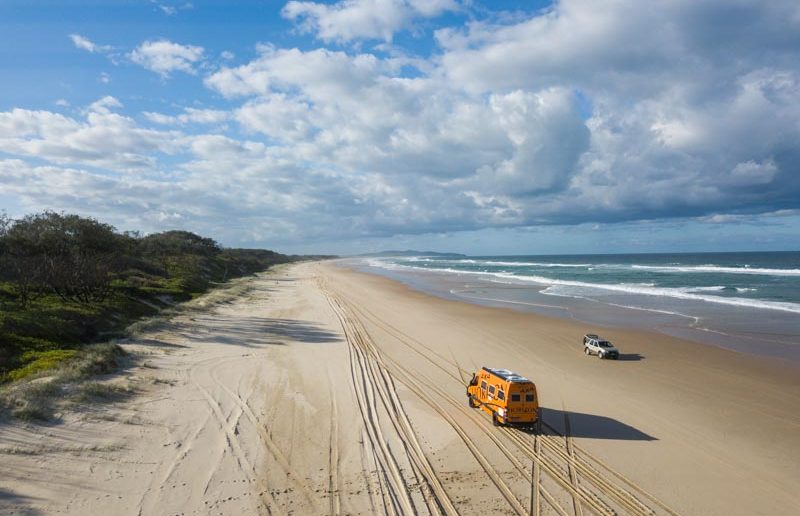 There’s plenty of sand to play with at the southern end and even if you find yourself here high on the tide, you’ll probably stay dry. The going is reasonably easy, too, and if you can time your drive with the low tide, the firm sand nearer the water is as good as a highway.

Three kilometres north of Richardson’s Crossing, a small creek vanishes into the sand, most of the year, although it can occasionally flow to the ocean. Mostly when it does, its easy to cross, but always be careful crossing sandy creeks as they can be treacherous. On the southern side of the creek a track has been cut through the scrub which leads back to Loftus Road and the bitumen, but it’s not an official track and is often flooded in parts with puddles of deceptive depth. It is a nice place to stop for a picnic, though, especially if you’re looking for a safe place for kids to splash. 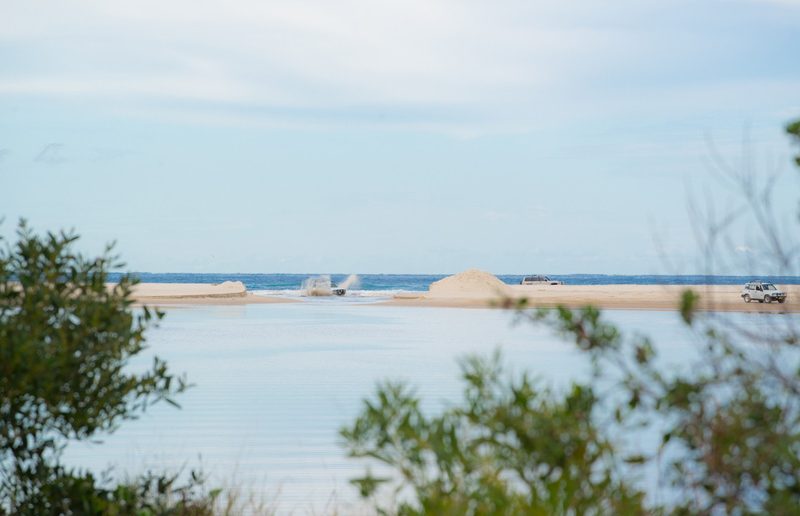 North of the creek the beach narrows and becomes softer. Nearly a kilometre of beach along here is completely inundated at high tide and you pass under two to three metres of sand-cliff which where it would be unfortunate to get bogged on a rising tide. Once through that, though, the beach begins to widen again, and although the sand stays soft, the consequences have reduced in severity.

At the northern exit there are two tracks you could take, although keep to the left – we’re in Australia, after all. The dune here is low and firm and the exit’s one of the easiest of any beach on the east-coast. If you’re not in a hurry, the beach continues a little north of here and around a rocky outcrop into a sandy little cove which is only accessibly on low tide on foot. It’s a good place to find a little quiet and feel like you’re on your own private beach.

Permit
A Mid North Coast beach driving permit is required to drive on all the drivable beaches between Diamond Head in the south and Valla Beach in the north. There are two permit types. A financial yearly pass costs $62 and gives access to beaches in the Port Macquarie, Kempsey and Nambucca regions between July 1 and June 31. For $31 you can purchase a 30 day access pass which begins on the date of purchase.  Find out more about the beaches covered by the pass here.

Camping
There are plenty of options for camping in the area. To the south, the caravan park in Crescent Head is exceptionally popular and full of that old-fashioned caravan park charm. It’s divided into two sections – one which overlooks the beach and point break, another which is on the banks of Killick Creek. I can’t pick a favourite, although the creek side is often quieter. This is the best place to stay if you want to do a bit of surfing and lazing on the beach. Find out more about the caravan park here. 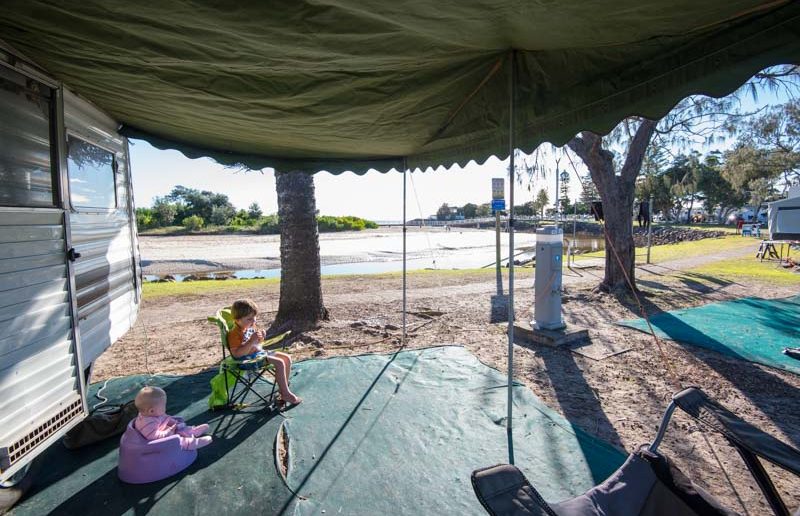 At the northern end of the beach, Hungry Gate Campground, within Hat Head National Park, is a stunning patch of grass behind the extensive dune system and amongst twisted melaleuca trees. A few quiet kangaroos call the place home, there’s fire pits scattered around the place and the constant sound of the ocean washing over the campground. Apart from pit toilets, there’s nothing here, so come prepared, bring your own water and settle in. Camp fees are modest at $6 per adult and a park entry fee applies. Find out more about the campsite here. 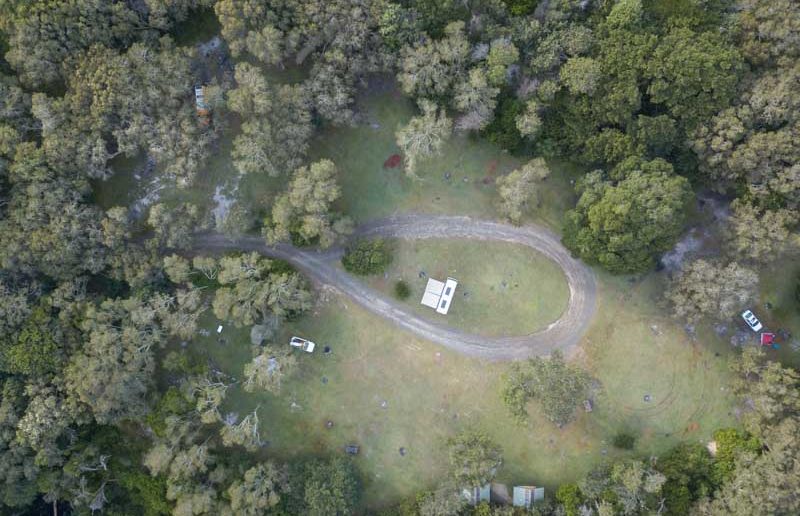 Fishing
There are plenty of options to fish in the area, including Killick Creek, the rocks off Crescent Head or the 15km of beach north. Most days will find a few rods bent within a walking distance of the caravan park as there’s usually a good gutter just north of the creek, while taking a drive won’t hurt your chances either. On sand-worms we’ve had good luck finding flathead and whiting, while Jew fish are a popular target in winter.

Surfing
While Crescent Head is a bucket-list surfing destination and can be epic in the right conditions, you will always surf the point with a crowd, unless it gets over 6-foot and starts to weed out a few of the less confident. I usually regret not walking up the beach.

Up the beach, to the north of Killick Creek, there’s usually very consistent, long running sand banks that’ll produce wally sections and regular barrels in offshore or light winds, and although you won’t get a minute long ride you can soul arch the whole time on, you will get heaps of waves and probably won’t have to share. As the headland shields this part of the beach from the predominant south swells, the surf usually builds in size the further north you travel and the banks become less consistent and the waves break further out to sea. Generally most of the surfing is done along the areas vehicles can’t access. 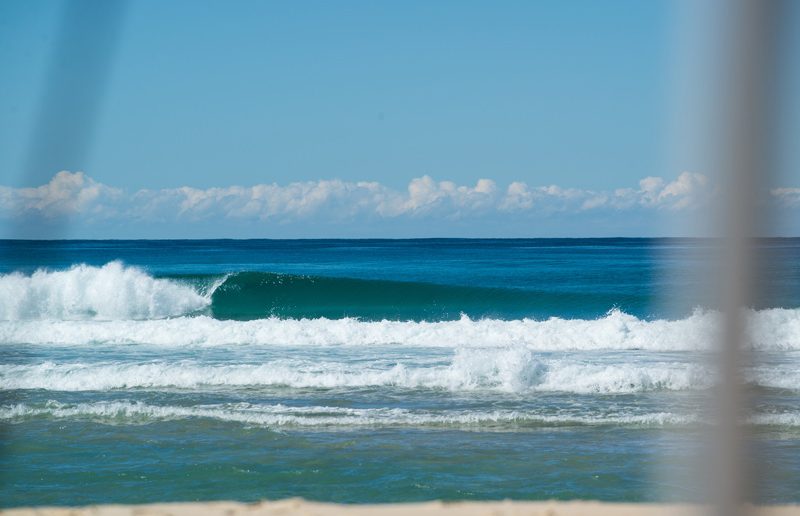 The northern end has been described to me as ‘the best back beach on the mid-north coast’ and can serve up near epic left-handers off the beach that you’ll almost certainly surf by yourself. In summer it’s protected from much of the northerly winds and picks up the northerly swells nicely, so if Crescent isn’t on, it’s worth the drive. 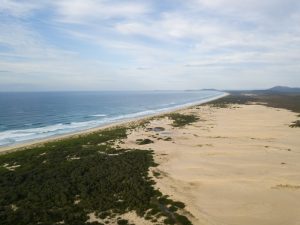 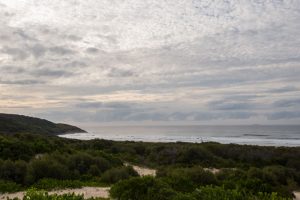 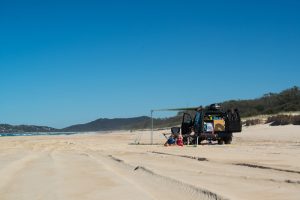 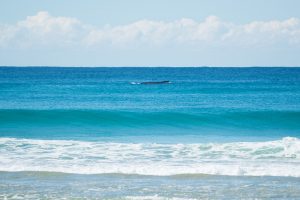 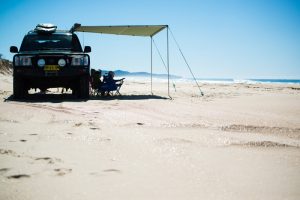 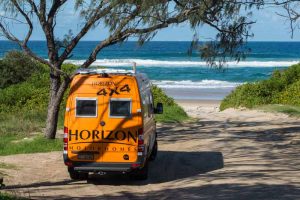