Need to know
Distance – 11.5km
Camping – Yes, there is an extensive camping area above the beach.
Permits – None needed.
Speed Limit – 20km to 40km
Fishing – Excellent along the beach and in Coonar Creek.
Surfing – Sorry, Fraser Island is in the way.
Boat Launch – Treacherous off the beach but possible to the north in Coonar Creek.
Beach Difficulty – The beach itself is not too bad, but the exits can be difficult.
Access: Palm Beach Road, Coonar.

Introduction
About 40 minutes from Bundaberg in the north and Woodgate in the south, Kinkuna Beach is a long, narrow strip of sand with a steep bank that looks over Hervey Bay. It’s most redeeming factor is the extensive network of sandy, overgrown tracks and campsites amongst the foredune. In both directions from entry at the middle of the beach, there are nearly 11km of campsites all up. To the north, the beach is cut by the expansive estuary of Coonar Creek, while at the south, a smaller creek, One Mile, is usually impassable. If it can be crossed, the beach continues to the Theodolite River and looks south to Woodgate.

Driving conditions
In the middle of the beach, the bank is steep and nearly impossible to drive on except at low tide when the flats are exposed. There are many tracks down onto the beach and most are steep, soft and narrow (and many have deep, fresh wheel tracks in them that only go half-way up). Down on the firmer sand at low tide, the going is much easier. 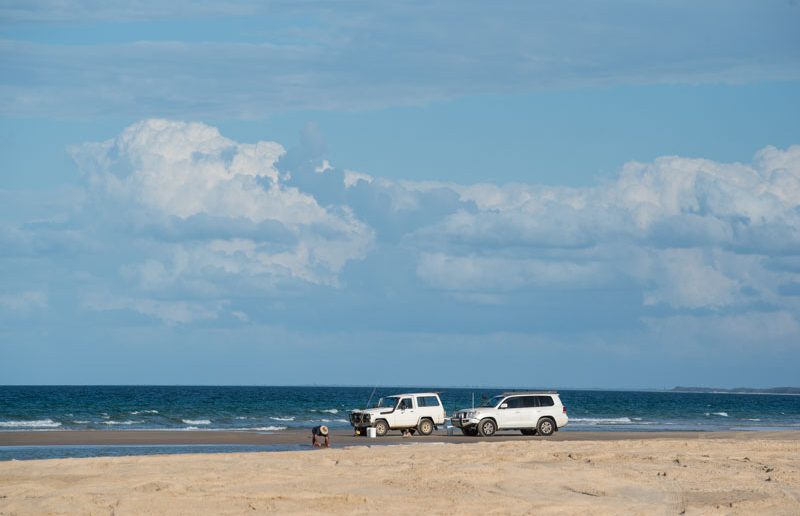 To the north, the beach flattens out and widens as it approaches Coonar Creek. At low tide, you drive almost on flat ground, although wet tyre tracks follow you along the beach. Typical of creek mouths, the beach here is at its widest and it’s a popular fishing and picnic spot. To the south, the same trend to easier driving occurs the closer you are to One Mile Creek, although the beach isn’t as wide. One Mile Creek marks the end of the camping are and often flows deep enough to block access further south to Theodolite River.

There are also extensive tracks above the dunes through the native pines and pandanus. The tracks are soft, but most capable drivers with a camper trailer or off-road caravan shouldn’t have a problem. More concerning for some will be the narrowness of the tracks and the likelihood of scratching the car or van. It’s slow going along these tracks, but at high tide, it’s the only option to get to camp.

Camping
As the camping area is so extensive, it’s unlikely you’ll turn up here and not find a spot. The first time we visited here, we had the whole stretch to ourselves, although the next time, on a long weekend, it was reasonably busy and all the best spots were taken. This is a national park, so camping must be pre-booked on the Queensland Parks website, and as there’s limited phone reception, it’s best to do so in advance. It’s only about $6 per person, per night, though.

Campers should be fully self-sufficient, as there are no toilets, showers, barbecues and no access to drinking water. Find out more about camping at Kinkuna here. 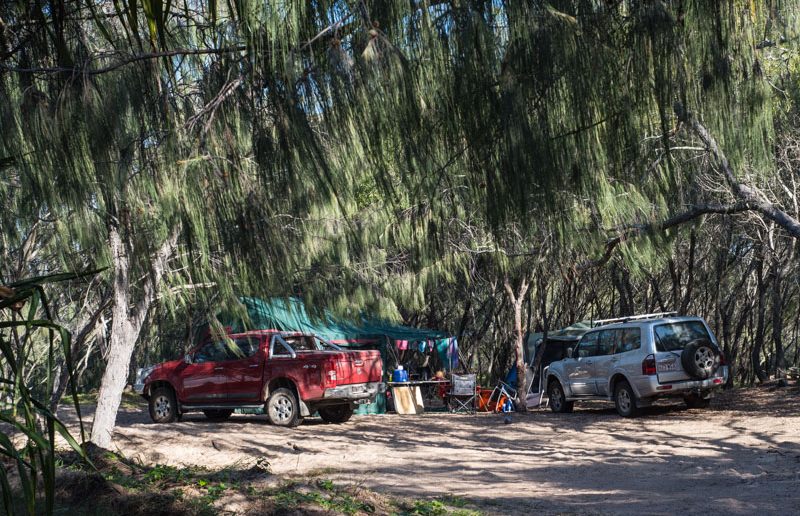 Fishing
The fishing is good from the beach and I had a few feeds of whiting using small bloodworms pumped from the beach at low tide. Both One Mile and Coonar Creeks and the Theodolite River have mud crab and even the odd barramundi or mangrove jack, but you’re best chasing them in a boat. 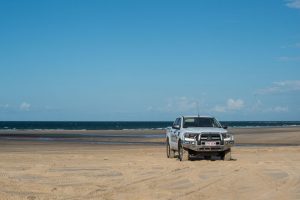 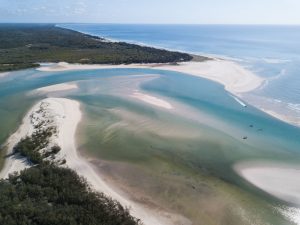 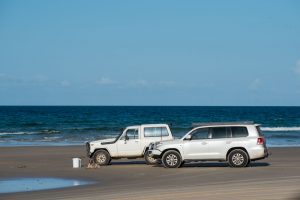 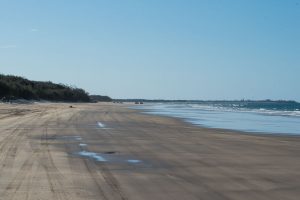 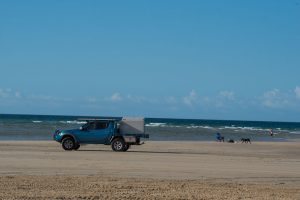 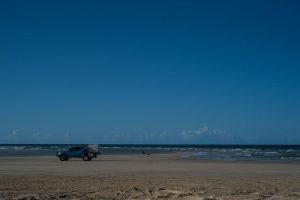