Introduction
Illaroo-Sandon Beach joins the National Park campsites, Illaroo North and South, with the small fishing shack village of Sandon to the north. As Minnie Water is nearly 40km from the nearest town of any note, the beach is often empty and even in school holidays can be blessedly quiet. Almost the entire beach, apart from the few hundred metres directly in front of the campsites, can be driven on, and along its length are plenty of overhanging trees and pleasant alcoves to park up for a picnic.

Driving conditions
Most will access the beach from the southern end, behind the campsites. The access track has been boarded to stop erosion and help climb the dune back out, so is generally easy to navigate. At this end, the beach is soft above the tide-line but firmer under it. Still, it’s soft enough that lower tyre pressures are preferable.

The beach isn’t the easiest to drive and there are plenty of softer spots along its length to trip up the unprepared. In particular, there’s a deep gutter about half-way along which has encroached nearly to the fortune and left only a single lane’s worth of sand to navigate through. I actually pulled a local fisherman out of this spot nearly as high-tide was lapping at his tyres, only to get bogged in it myself in the process (read the whole story here). 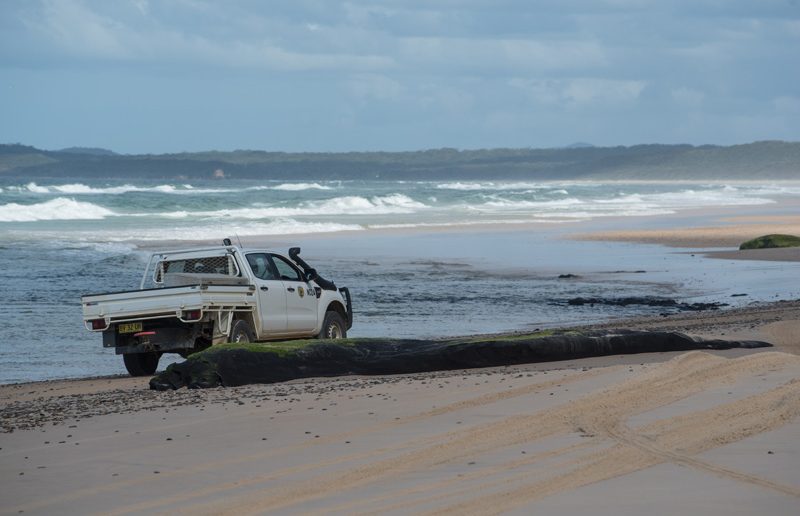 Further north, the beach narrows again around exposed coffee rock and this point in impassable within a couple of hours either side of high-tide. Even at lower points of the tide, this is an area to take care around and the rocks are constantly being covered over and re-exposed by the shifting sands.

At the north of the beach, there’s a steep and exciting access track that leads into the fishing village of Sandon. The single-lane track climbs over the rocky point through the bushland and can be rutted and muddy, but not difficult.

Camping
The camping at Illaroo is about as good as it gets. In the northern campground, there’s a range of sites with absolute water views and other further back into the scrub and, generally, away from the other campers. Most of the sites are grassy and large. Campfires are permitted in established fire pits, although firewood must be brought in as it can’t be collected in the national park (although it’s conspicuously absent in the surrounding scrub). The campsite has composting toilets, but no showers. Drinking water can be collected about 2km back towards Minnie Water from the information bay entering this part of the park. The campsite is accessible by 2WD vehicles. Find out more here. 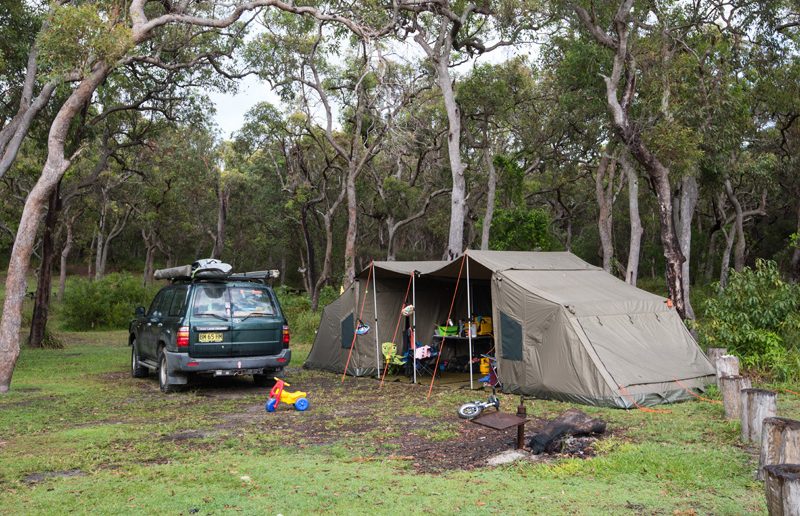 Fishing
Given there’s a fully-fledged fishing village established at the northern end of the beach, you can assume the fishing is good. The beach itself offers very well-defined and deep gutters to that are pretty reliable for the popular beach species like bream and whiting. Use local baits, or as a local told me, a simple metal lure with a flash of blue on it. Full disclosure, I caught nothing all week. If you’ve got a boat, the off shore fishing is nearly as good as it gets.

Surfing
Typically, I spent a week camped here and the surf only got good on the morning we left. The break at the southern end of the beach offers punchy and often hollow A-frames breaking onto reasonably shallow sand. It was a lot of fun. There’s also a soft right-hander closer to the rocks. As there are plenty of deep gutters along the beach, there’s also plenty of opportunity for good waves further north if the wind’s are light or off-shore. 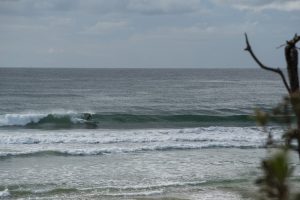 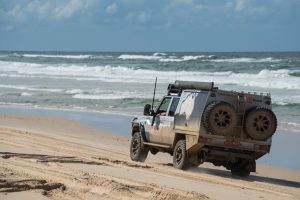 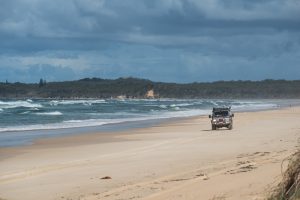 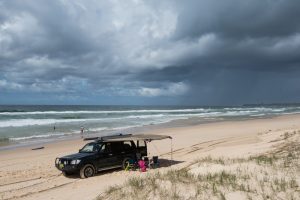 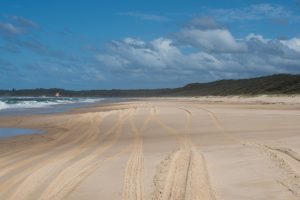 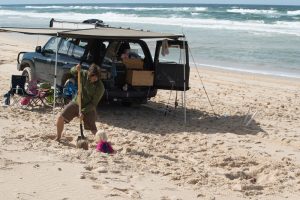